Do you want to know how to enable Facebook dark mode? If you are looking for it, you can know everything from here.

Like many other services, Facebook offers a dark mode for Android, iOS, and the web that converts dark text on a light background to light text on dark background. The Facebook dark mode is easier on the eyes, especially at night, and also helps reduce battery consumption on smartphones and laptops.

Recently, however, many users were surprised to learn that the option to turn on Facebook dark mode had disappeared. At first, it was unclear why the option to enable dark mode had disappeared, but Facebook eventually confirmed that there was a technical issue and that it was working to resolve it. In the meantime, a possible solution has already emerged for those who don’t have Dark Mode on iOS. Fortunately, the problem has been resolved for many people, and for others, all they have to do is update the Facebook app. However, this whole episode provides a timely opportunity to remind people how to change Facebook Dark Mode settings or to explain it for the first time to those who may not know about the option.

Facebook is an American online social network owned by Facebook, Inc. Founded in 2004 by Mark Zuckerberg and Harvard University students Eduardo Saverin, Andrew McCollum, Dustin Moskovitz, and Chris Hughes, it takes its name from the Facebook guides usually given to students at American universities. At first, only Harvard students were members of Facebook, but gradually other American universities became members and, since 2006, anyone over the age of 13 has been a member. In 2020, Facebook had 2.8 billion monthly active users and was the seventh most used network in the world. Facebook was the most downloaded mobile application in 2010.

Facebook can be accessed from Internet-connected devices such as computers, tablets, and smartphones. After registering, users can create a profile that reveals information about themselves. They can post texts, photos, and multimedia content that are publicly accessible to all other users who have agreed to be their “friends” or, with different privacy settings. Users can also communicate with each other directly through Facebook Messenger, join groups of common interest and receive notifications about their friends’ activity on Facebook and the pages they follow.

How to get Facebook dark mode on iOS and Android?

There are questions on social networks as to why Facebook’s dark mode has suddenly stopped working. Some believe that the company removed the feature from the Facebook app altogether. Many other people have expressed their dissatisfaction with Facebook’s light mode, as it damages their eyes. However, the feature has not been removed, but for some unknown reason, it no longer works on Android and iOS platforms.

To resolve this issue, users just need to follow the instructions below for the iOS and Android versions of the app.

How to enable Facebook dark mode on Android and iOS?

As we mentioned earlier, the iOS and Android Messenger apps have had a “Dark Mode” feature that has been around for a while. Now, Facebook has launched “Dark Mode” settings for iOS and Android devices. As we said before, the global Dark Mode settings on Android 10 and above (or iOS 13 and above) do not change Facebook in any way, at least not at this time.

How to enable Facebook dark mode on the web?

The question of what actually happened is very curious. On the one hand, Facebook seems to ignore the fact that iPhone users have this problem and simply focuses on the (currently uncorrectable) Dark Mode problem with Facebook for Android. We assume that toggling the settings on iOS forces the app to reset its cache and for some reason, the mode is re-enabled. But that doesn’t explain why the same manual app cache clearing doesn’t work the same on Android.

This is clearly a mistake, as it is unlikely that Facebook would want to remove Dark Mode, but it is a mistake that clearly affects and annoys thousands of users.

The social networking giant began offering a dark mode on the desktop version of its website not long ago. At the time, many wondered how quickly the mobile app would follow. It looks like it won’t be long now, as the feature is already available for the Facebook and Facebook Messenger apps.

It makes a lot of sense. Several of the most popular Android apps have come with a dark mode recently. This list includes apps like WhatsApp, eBay, and even Google Play Store. Android even allows you to schedule the use of a dark theme (for example, if you only want to use it at night).

The dark or “themed” model has many advantages. Among them are the obvious factors of “ease of viewing” and “aesthetics”. But it can also help save power on OLED and AMOLED displays.

Since Facebook and Facebook Messenger are among the most used apps on your smartphone, it makes sense to enable this feature. Your eyes will thank you, especially at night.

Fixing the disappearance of Facebook’s dark mode in 2021

If you encounter the “Facebook dark mode gone” error, you can try the following solutions to restore the missing dark mode feature on Facebook.

Solution 1: Close all background processes on your phone. You can tap the square icon at the bottom of your Android phone screen and swipe up to close the current Facebook app. Then you can also tap the trash can icon to close all apps running in the background. You can reopen the Facebook app and see if it has the dark mode feature.

Solution 2: Make sure your browser is up to date. The problem may be in your browser. If you use Chrome to connect to Facebook, you can click the three dots icon and select Help-> About Google Chrome to update Chrome to the latest version. You can also clear Chrome’s cache to test.

Most users prefer dark mode because it looks better. However, it is also claimed that dark mode puts less strain on the eyes and does not affect melatonin levels (meaning you can’t fall asleep playing with your phone before bedtime).

Dark mode also consumes less battery than the lighter option. In general, dark mode is a popular feature for a reason. However, some people prefer the default interface, so you can always switch back to it if you wish.

There are several reasons why you should switch to dark mode on Facebook. The most important is to save your phone’s battery. If you put Facebook, as well as other apps on your phone, in dark mode, you will help it last longer. Another reason to change this setting is to help you sleep better. Some people think that dark mode emits less blue light, and blue light has been shown to disrupt sleep. However, there are no studies that show that dark mode is better than simply not using your phone before bed. But if you use your phone in bed and share the bed with your partner, it can certainly improve their sleep because the light will be less intense.

The dark mode is also useful if you don’t want to be the center of attention when using your phone in a dark public place like a theater or amphitheater. This will prevent the phone from shining in your face.

How can I switch from the old Facebook to the new one?

If you want to know about WMI provider host, how to delete Kik account, how to share Netflix account, Found you via LinkedIn homepage, GTA Punjab game for PC, how to pop out Twitch chat, and Hathway WIFI password, you can follow our Technology category. 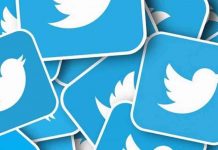 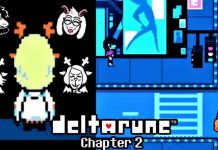 How to Delete Kik Account? [Latest and Best Tech Tips 2021]

ABOUT US
We are serving simple information for complex connections. Stay connected with us for more information...
Contact us: [email protected]
FOLLOW US
© 2021 All Rights Reserved by Techidate
Go to mobile version